Published (click to see context) on 27/11/2021 by Morgan Bazalgette • 1 minute
in the past 17 years, there has clearly been an upward trend of people not knowing where the fuck their phone is, with a particular spike concluding in an all-time high between april 2015 and march 2016. it can thus be concluded that these shitty bastards are getting better and better at hiding themselves and that 2016 was indeed one of the all-time worst years of humanity in the 21st century so far, second only to 2020. 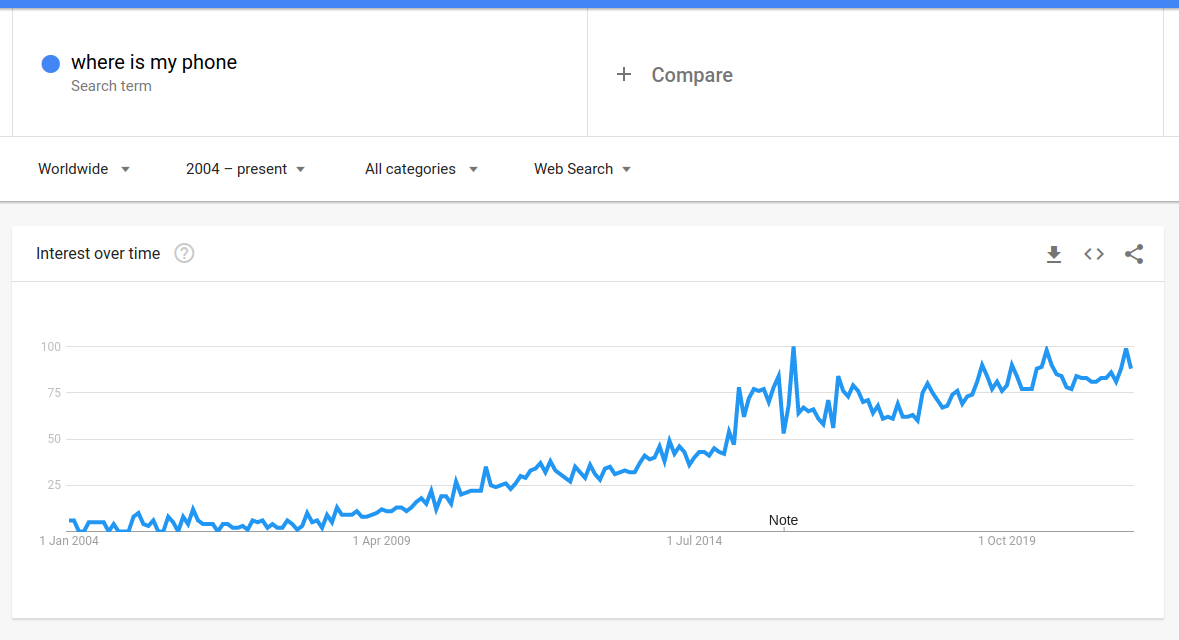